MEET HIM AND DIE - BLU-RAY REVIEW 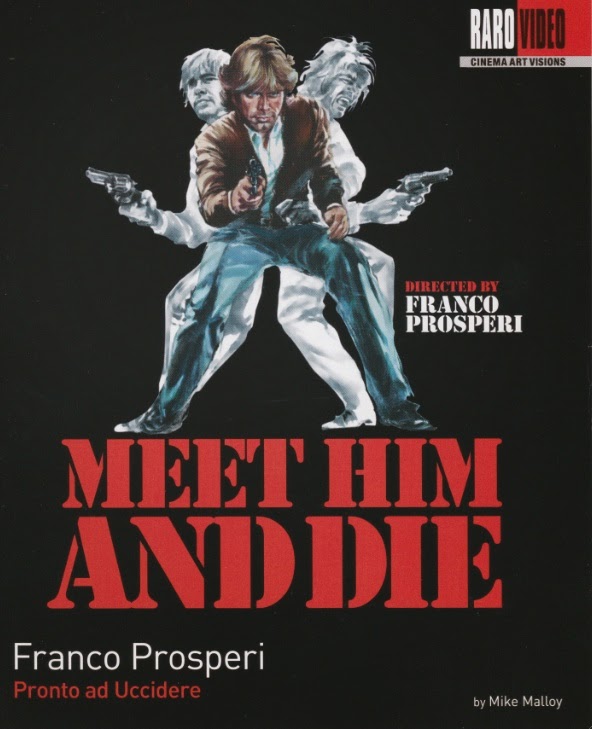 This admirable effort stars Ray Lovelock as Massimo Torlani, a cop about to go undercover as Massimo Salvatore, a new upstart that “fumbled” a jewelry heist, which lands him in jail.  This enables him to infiltrate a local drug trafficking syndicate run by Giulianelli (Martin Balsam) who - due to the ruthless machinations of his competitors - was recently jailed as well.  Eventually gaining the trust of Giulianelli and his right-hand man Piero (Heinz Domez), Massimo’s true purpose for going undercover becomes evident and, without giving away too much, it’s certainly much more revenge-driven as he seeks out various “associates” within Giulianelli’s organization.

Through a conveniently planned prison escape, Massimo blends into the organization with relative ease as he shoots anyone that Giulianelli wants eliminated (hence the film’s Italian title, which translates as “Ready to Kill”) much to Inspector Sacchi’s (Riccardo Cucciolla) chagrin, his superior and only trusted contact.  Sacchi vents his frustrations not very persuasively through some clumsy but amusingly dubbed dialogue courtesy of American tongue-for-hire Richard McNamara who equates his recent behavior to man-eating tigers and, for those that are interested, that’s the prolific Ted Rusoff taking on the task of dubbing Lovelock.  Not too concerned with Sacchi’s two-bit mutterings, Massimo continues to underhandedly work his way up to the masterminds of this international drug ring, which includes the hardnosed Perroni (Ettore Manni) and his astute secretary (Elke Sommer) who also has eyes for him.

Along with Lovelock, MEET HIM AND DIE is highlighted by a well-respected roster of seasoned Italocrime professionals like Balsam, Manni and Cucciolla and director Franco Prosperi does a commendable job delivering a relatively succinct action flick and, no, this is not the same Prosperi who, alongside the more infamous Gualtiero Jacopetti, directed on all those mondo films.  THIS Franco Prosperi actually helmed numerous Italocrime films including The PROFESSIONAL KILLER (1967) with Robert Webber and Franco Nero, RIPPED OFF (1971) with Tomas Milian and, after MEET HIM AND DIE he directed his final, but disappointing crime film, The DEADLY CHASE (1978) with Luc Merenda.

Despite some perplexing plot developments during the last third, which tend to derail the original revenge plot, Prosperi’s rather clichéd story – unbelievably it took four writers to put this together – swipes a number of elements from Don Siegel’s DIRTY HARRY (1971) as Massimo pursues “justice” no matter what the cost.  Focusing on the extreme right, Massimo uses his rather modest and youthful exterior to his advantage; he actually proves to be a vicious foe whose tenacity and resourcefulness keeps everyone – including his superiors – on their toes. Throughout the relatively taut narrative, Massimo narrowly misses exposure on a number of occasions, as he gains more clout within Giulianelli’s organization.  But it’s not until later in the film, when Sacchi has him tailed that results in a nerve-racking shootout between himself and Piero that really amps up the tension.  This is easily one of the highlights but, instead of following through, Prosperi and his writers get caught up with some implausible detours, which rather harm an otherwise solid film.  It would have been nice to see the after-effects of Massimo’s risky undertakings, which is something directors Damiani, Castellari or maybe even Di Leo would have focused on; instead we get a shaky twist ending that is rather ineffectual and doesn’t really resolve anything.

Ray Lovelock is a likable enough “hero” whose performance is very physically challenging, and thanks to the efforts of the Organizzione Acrobatica Cinematografica (OAC), he seems comfortable riding a motorcycle at high speeds.  Aside from some of the more outrageous scenes of carnage, he performs most of his own stunts and, according to Mike Malloy’s informative liner notes, this was made even more impressive since he was afraid of riding motorcycles at the start of his career after witnessing a nasty accident.

Never released in North America, MEET HIM AND DIE first turned up on Italian DVD in 2006 courtesy of Raro Video under its original title PRONTO AD UCCIDERE in a bare-bones full frame release, which didn’t even offer an English language option.  Then a few months later, New Entertainment out of Germany came along with a slightly improved edition with two versions, which at least had the option of English audio.  The German version was letterboxed at 1.78:1 and, because it was shorn of 5m50s, all of the missing scenes were inserted from the full frame version, which was also included on the disc as a separate extra; it was certainly a compromised release.  Other extras included the German Super-8 version (34m30s) entitled Ein MANN GREIFT ZUR WAFFE, a promo trailer, a useless still gallery, a brief essay on the film (in German only) and an alternate credit sequence, which was exactly the same other than a different title card.  The DVD also had a couple of isolated music tracks performed by Ray Lovelock including this film’s title song “I’m Startin’ Tomorrow”.

Raro Video USA decided to re-visit this film and their new Blu-Ray is a vast improvement from the aforementioned DVDs.  While it may not look as good as some of their Fernando Di Leo Blu-Ray collections, it has never looked as good as it does here.  Detail is relatively sharp, but some scenes do look a little digitally “manipulated” but, despite some of this trickery, it's still worth picking up.  The film has both English and Italian audio options with the added bonus of optional English subtitles and the only extra is a brief but informative interview with Mike Malloy, director of EUROCRIME! THE ITALIAN COP AND GANGSTER FILMS THAT RULED THE ‘70s (2012), where he reveals all sorts of interesting facts related to the film.  A nicely illustrated booklet is also included with an essay by Malloy that covers much of the same material as his interview and a bio on the OTHER Franco Prosperi, a rather unexpected blunder. 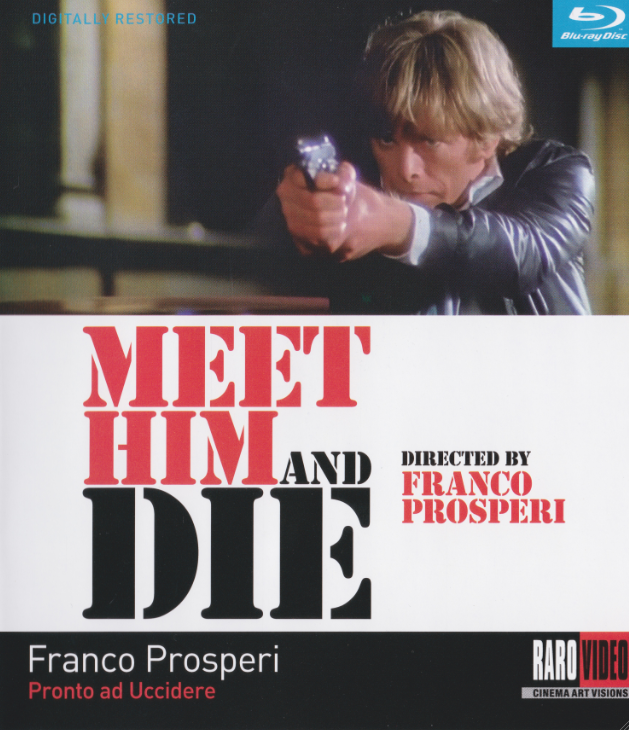