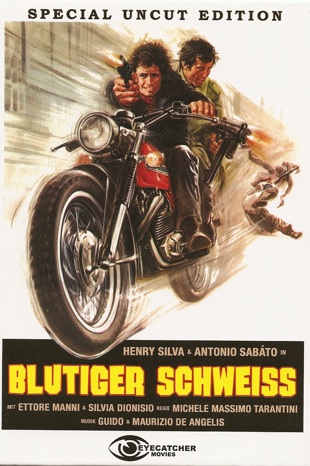 That’s the English translation of the German DVD for Michele Massimo Tarantini’s Poliziotti Violenti (1976), his first and best poliziesco.  Henry Silva stars as disgruntled army officer Michele Altieri who inadvertently pairs up with Paolo Tosi, a hotshot cop played by crime film veteran Antonio Sabato.  The main crux of the story involves their search for a shipment of “experimental” military machine guns, which have gone missing in the Roman underworld.  Like most of these films, the plot occasionally takes a backseat in order for Altieri to flex his muscles against would-be kidnappers and purse-snatchers, typical staples of poliziesco.  Even though this is one of Silva’s rare good guy roles, he doesn’t take too well to authority and still gets to engage in plenty of action as he and Tosi uncover an international gunrunning operation, which is merely “one tentacle of the octopus”.

Most Italocrime enthusiasts would probably recognize this film under its original English export title CRIMEBUSTERS, which was released on American VHS by Mogul Video in 1987.  This was one of their better-looking releases that featured a decent, albeit somewhat dark transfer.  Here is the synopsis taken verbatim from the CRIMEBUSTERS VHS tape (Catalog #1025): 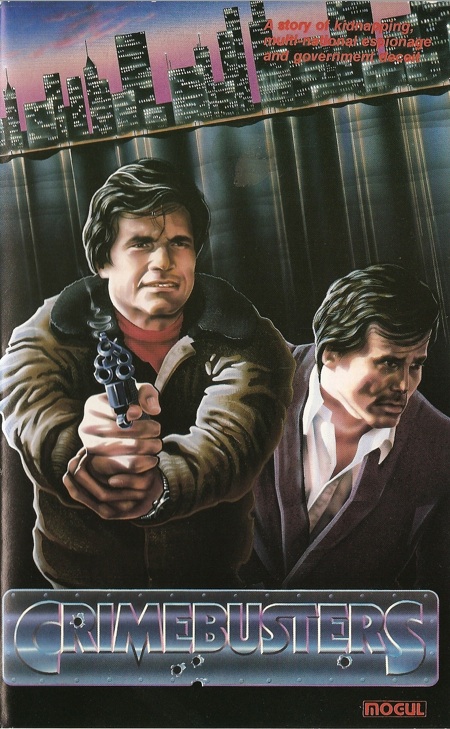 “CRIMEBUSTERS… a movie packed with non-stop action, political intrigue and horrific violence.  Set in a terrorist torn Latin country, the head of a paratroop training team wages a one man battle to unravel the illegal activities of a multi-national armaments company.
Is the company supplying terrorist squads?  As the investigation evolves blackmail, political manipulation and murder emerge as the film builds towards its stunning climax.  A story of kidnapping, espionage and government deceit.”

The first DVD from Italy courtesy of Alan Young Pictures only featured an Italian language option, but Eyecatcher Movies out of Germany also released this with the choice of German, Italian and English language options.  Extras are rather sparse, but the attractive transfer, which is also enhanced for 16x9, more than makes up for that.  The only extras to speak of are a handful of trailers for numerous crime flicks including one for Poliziotti Violenti.  For some strange reason, the alternate German title is Die Ratten von Milano even though the film takes place in Rome.
Posted by Dennis Capicik at Friday, September 13, 2013