The RETURN (1980) is the third Greydon Clark film to be released by Scorpion Releasing after JOYSTICKS (1983) and ANGELS' BRIGADE (1979), this time under their popular “Katarina’s Nightmare Theater” line.  Directed after WITHOUT WARNING (1979), one of his most sought-after films, Clark once again delves into another, even more adventurous “sci-fi terror” film but, unfortunately, the results are rather middling.

During the mid-fifties, in the town of Little Creek, New Mexico, two children and an adult (Vincent Schiavelli), who just happens to be prospecting along with his dog, encounter an UFO and are overwhelmed by bright, colourful lights.  25 years later, a series of cattle mutilations plague the same town while Deputy Marshall Wayne (Jan-Michael Vincent) is unexpectedly reunited of sorts with Jennifer Kramer (Cybill Shepherd), the two children from the opening.  Working for the SSR Institute, a “publicly funded private agency that sends up satellites” owned by her Dad (Raymond Burr), Jennifer arrives in town to investigate a “black hole” or some other “analogous situation”.  She is soon working with Wayne a little too closely as they track down the mysterious prospector who has started to kill humans as well.  Suspicious townsfolk, curious tourists, angered ranchers, spoiled rich kids, a crazy dog and lots of scientific jargon also figure into the script. 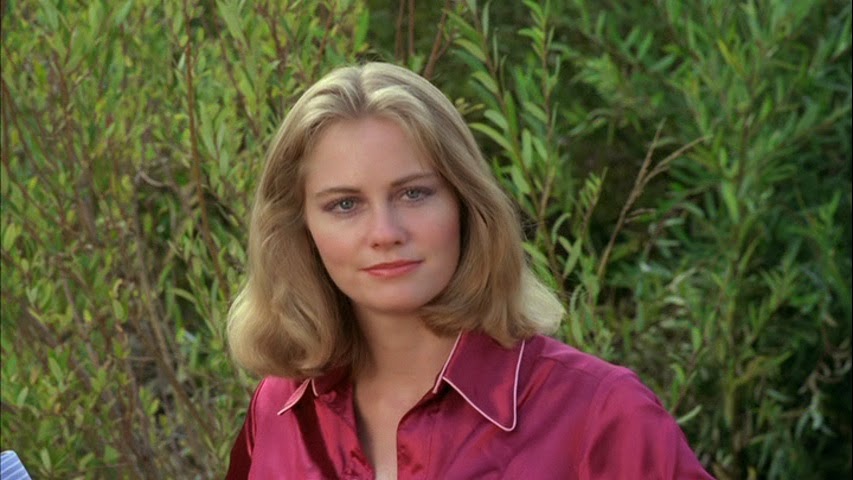 As entertaining as the film is, the biggest problem is the lack of explanation for everything going on.  Why do the aliens choose these people and what are they suppose to do?  Why are Wayne and Jennifer seemingly unaffected after all these years but the prospector is compelled to mutilate cattle and later humans?  Is he jealous they’re back in town?  And where did he get his mini light-saber?  Why is the SSR Institute so interested in these anomalies to begin with?  Surprisingly, much of the sci-fi and horror elements are kept on the backburner while much of the film plays out like a hicksploitation flick with some occasional gore thrown in.  The ending is especially weird and disjointed as the prospector battles it out with Wayne and Jennifer in an isolated shack with one of those “black holes” prominently in the background, which actually turns out to be a swirl of colours.  Even though it doesn’t make a whole lot of sense, it’s still oddly engaging and Daniel Pearl’s (DP on the original TEXAS CHAINSAW MASSACRE) photography was especially sharp and colourful in this new HD master. 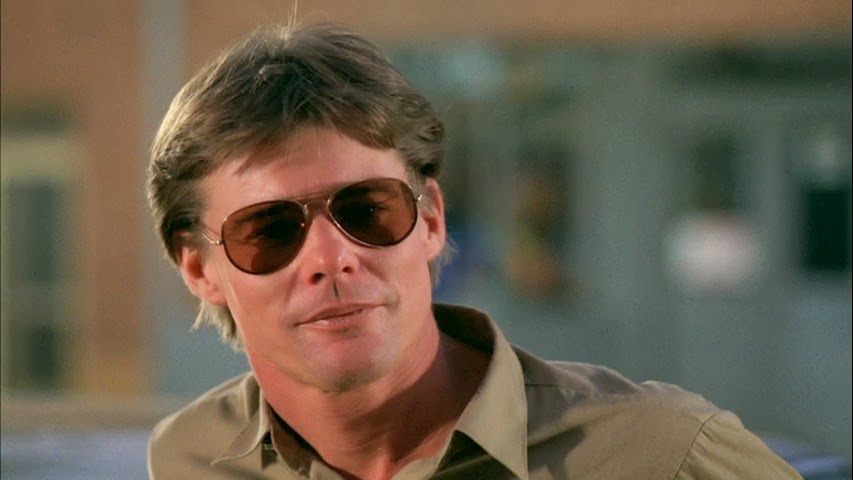 Hot off the success of Hal Needham’s HOOPER (1978) and John Flynn's vigilante flick DEFIANCE (1979), Jan-Michael Vincent headlines the impressive cast whose careers were either on the decline or already in the doldrums.  Everyone handles their roles sufficiently while veterans Martin Landau and Neville Brand were already accustomed to appearing in low-budget stuff like this.  Landau is particularly hilarious as the town Marshall who is either discussing his morning bacon or the merits of having bigger holes in his beer can in order to dunk his donut.  The biggest surprise here is Cybill Shepherd who, in what should be a pivotal role, isn’t given very much to do other than exchange glances with Jan-Michael Vincent and watch him crack open a six pack.
Scorpion’s DVD of this virtually forgotten title features some fairly extensive extras including an interview and informative commentary with Clark as well as numerous trailers for other Scorpion releases including a terrific trailer for this film.  Of course, you can watch this with or without Katarina Leigh Waters’ intro and closing remarks, but why choose the latter?  Her wraparounds are always good fun.

Now if someone would finally release WITHOUT WARNING on a legitimate DVD or Blu-Ray.  We can only hope. 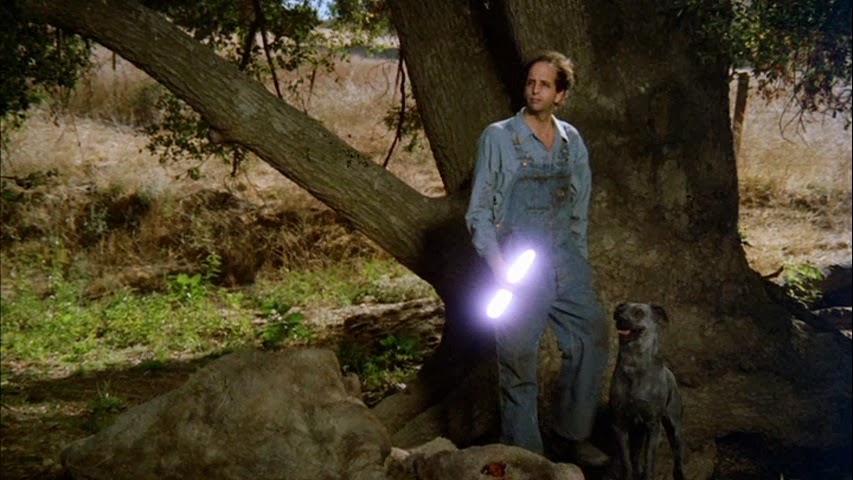 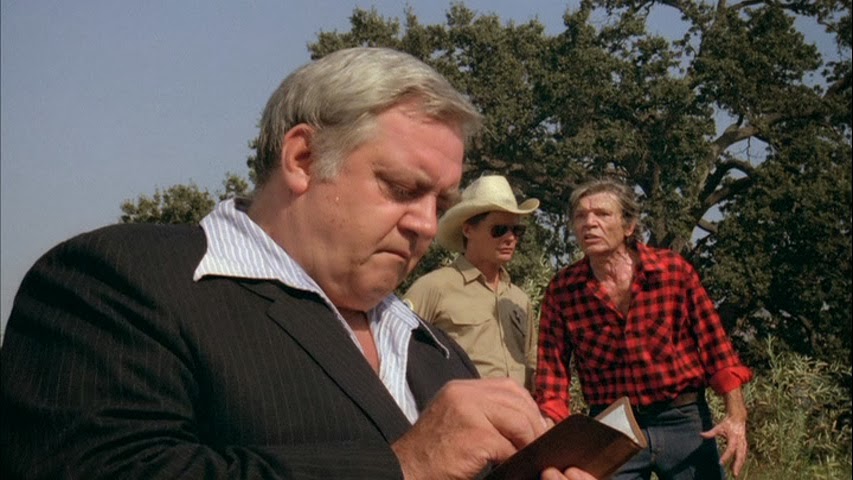