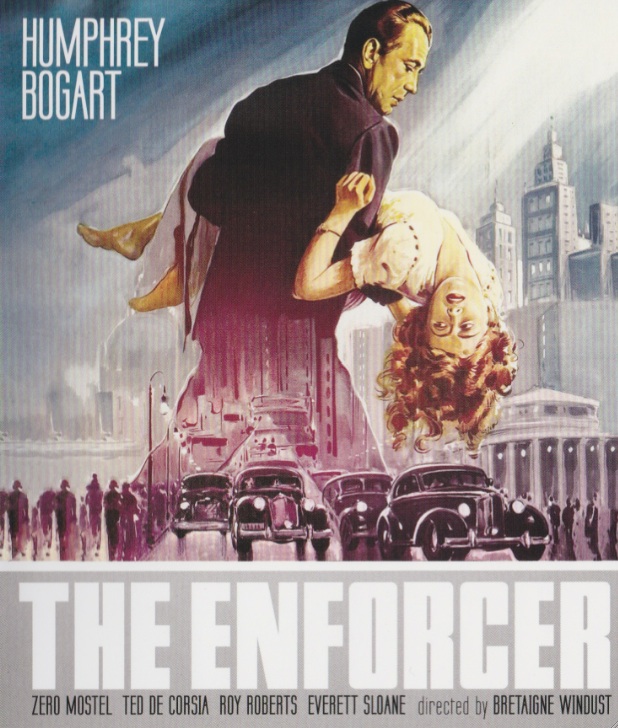 A number of classic Hollywood films have been resurrected on Blu-Ray over the last couple of years and, along with The Criterion Collection, Olive Films have been leading the way, especially when they acquired access to the Republic Pictures library.  Films such as Fred Zinnemann’s HIGH NOON (1952), Don Siegel’s INVASION OF THE BODY SNATCHERS (1956), George Cukor’s A DOUBLE LIFE (1947), Nicolas Ray’s JOHNNY GUITAR (1954) and Raoul Walsh’s PURSUED (1947) are a just few examples within Olive’s impressive catalogue.

Not really getting the recognition it deserves, Brietagne Windust’s The ENFORCER (1951) was a great surprise thanks to an outstanding cast and taut direction.  Humphrey Bogart stars as District Attorney Martin Ferguson and he's assigned to take down Murder Incorporated, a murder-for-hire racket run by the local crime syndicate.  When his star witness Rico (Ted De Corsia) dies in an accident, Ferguson and two police detectives begin to re-trace their investigation through a number of tape recordings in the hopes of discovering another possible witness.  Unfolding through a series of flashbacks, Ferguson recounts and pieces together the inception and proliferation of Murder Incorporated. 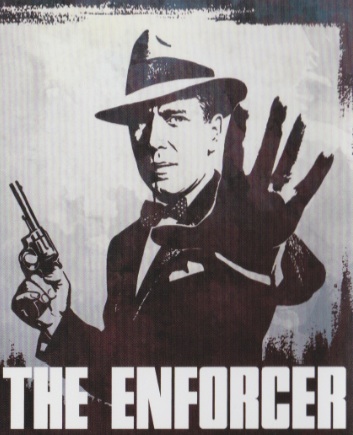 Although prominently billed, Bogart shares the screen with a terrific ensemble of great character actors highlighted by Ted De Corsia as Rico, the panic-stricken star witness who we later see in the numerous flashbacks as the tough racketeer.  He is quite impressive in his role and manages to dominate the screen even when he’s sharing it with Bogart.  Other notable standouts are Zero Mostel as another potential witness and Everett Sloane in a  calm yet menacing performance as the mastermind behind the criminal organization.

As stated on Olive’s terrific Blu-Ray, The ENFORCER had uncredited direction from Raoul Walsh who was a frequent collaborator with Bogart on such films as The ROARING TWENTIES (1939) and HIGH SIERRA (1941).  It’s not exactly made clear what he contributed to the final film but it’s just as fast-paced and hard-hitting as many of his best works.  As usual, Olive Films have provided another fine, film-like presentation that looks great on Blu-Ray.  If you’re a fan of film noir or early Warner Brothers gangster films, then you should definitely add this to your library.
Posted by Dennis Capicik at Friday, August 30, 2013